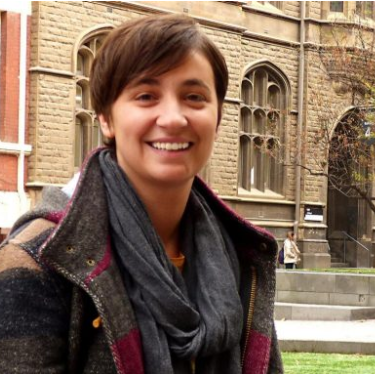 If the pandemic is a portal, is this an opportunity to overcome sex industry exploitation?

Some elements of the sex industry, such as pornography consumption, have boomed during coronavirus lockdowns around the world. Others, like systems of brothel prostitution, have been radically altered or reduced. Some elements of the commercial sex trade that have been long claimed as inevitable, and even essential, have all but disappeared in some localities during 2020.

In this CPOW blog, we ask if the pandemic provides an opportunity to re-evaluate the status of an industry rife with exploitation and high rates of violence against women? An especially pertinent question to raise during the United Nations 16 Days of Activism to End Gender-Based Violence.

The COVID-19 crisis has caused acute and widespread disruption to a range of businesses around the world. It has heightened inequalities and highlighted the unsustainability of many pre-COVID systems and practices. But this disruption has also stretched the bounds of what is considered appropriate government support. It has shown that a variety of programs can, despite prior claims of infeasibility, be rolled out to directly address economic and social marginalisation. As Catharine MacKinnon notes, we now see in many places that: ‘homeless people are being housed, starving people are being fed, and unemployed people are being paid’ in a way that didn’t exist before the pandemic.

But women in prostitution have often slipped through the cracks of such state-based support mechanisms. There can be little doubt, as Melissa Farley argues, that: ‘the COVID-19 pandemic has had immediate and severe impacts on women in the sex trade who are already among the most vulnerable women on the planet.’ There is a significant over-representation of marginalised women within the sex trade, including: Indigenous women, migrant women, women from ethnic minorities, women in poverty, women experiencing domestic abuse, homeless women, and drug-addicted women. From a global perspective, some of the most desperate situations are for those women and girls who are not only unable to access income support, but who are also criminalised through their own exploitation — for example, in systems that do not distinguish between criminalising a pimp and a prostituted person.

However, even in places where the sex industry is legalised or fully decriminalised, the pandemic has exposed a range of issues and contradictions around sex industry policy and approaches to prostitution when viewed through the lens of work. Not only more obvious questions around occupational health and safety and ‘COVID safe’ workplace changes in contexts such a brothel prostitution but also broader questions about the role of the sex industry as an economic safety net, in lieu of proper state support, and the need for transition programs to assist those wanting to exit the sex trade.

In Australia, several states and territories have either legalised (Victoria, Queensland, Australian Capital Territory) or totally decriminalised (New South Wales, Northern Territory) various forms of prostitution or sex work.[1] In many ways that means employment in the sex industry is treated similarly, if not identically, to other forms of work. But the reality is often very different. Not only in terms of extremely high rates of violence and trauma, but also in terms of labour conditions: ‘[s]ex workers don’t get sick pay and holiday pay, and many have no superannuation or savings’, according to Australia’s ‘peak sex worker organisation’. Meaning that COVID lockdown restrictions have ‘directly impacted’ the ability of those (mostly women) in the industry ‘to maintain housing, buy food and basic items, support their dependents, and access healthcare and prescriptions’.

In Victoria, brothels were closed for more than 6 months due to pandemic-related restrictions, and other forms of ‘in-person’ prostitution have been significantly curtailed for most of the year. Theoretically, this means people in prostitution should have been eligible for Jobkeeper payments. However, many women in Australia’s sex industry are on temporary visas and do not have a fixed address making them ineligible for government support. Additionally, some have noted not wanting to disclose their source of income in order to make a claim, suggesting stigma continues even when prostitution is legalised and decriminalised as work. Others have mentioned that this break in the operation of the sex trade has made them reconsider their options for study and alternative employment. Indeed, the support organisation Project Respect in Melbourne has reported a 150% increase in women seeking their services.

If the pandemic is a portal, as Arundhati Roy suggests – and its devastation and disruption can also provide an opportunity to overcome exploitation and fight for positive change – then we are missing an opportunity to assist women who want to leave systems of prostitution (in some studies, up to 92% of those surveyed want to exit).

One of the most damaging aspects of approaches which treat the sex trade as normal business and regular employment, is that the harms experienced by many women in prostitution become minimised and obscured. The barriers that make it difficult for women to leave are therefore also rarely acknowledged. Unlike other approaches to prostitution that prioritise exit programs, models of legalisation, and total decriminalisation (as is currently proposed in Victoria), have a built-in denial of the need for exit programs. Instead, we could shift to seeing such programs as part of a “just transitions” approach to support those leaving a harmful industry, as a way forward.

The pandemic provides us with an opportunity to re-double our efforts to challenge exploitation, to reject the idea that prostitution is inevitable, and to provide meaningful options for alternative support, education, and employment.

You can find Tegan’s most recent work ‘(In)visible Sites of the Sex Industry: Massage Parlours and the Construction of Space’ in Contentious Cities: Design and the Gendered Production of Space

You can find Meagan’s most recent work ‘All roads lead to abolition? Debates about prostitution and sex work through the lens of unacceptable work’ in Labour and Industry: A journal of the social and economic relations of work.

[1] The language around ‘prostitution’ and ‘sex work’ is highly contested. In line with radical feminist theory and in recognition of our work with sex trade survivors, we generally eschew the term ‘sex work’ in our writing. For an incisive and easy to access critique of ‘sex work’ language, read Cherry Smiley’s ‘Why Sex Work Doesn’t Work’.