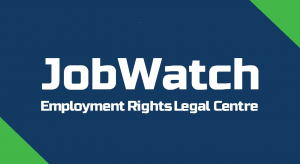 This COVID Blog contribution is by Zana Bytheway, Executive Director of JobWatch, an employment rights legal centre, and is reposted with permission of the author.

JobWatch is very concerned by the High Court decision of Workpac v Rossato & Ors [2021] HCA 23 released on 4 August 2021 and its implications for the 2.5 million people in Australia who work casually.

Having already been significantly impacted by the economic downturn of the COVID-19 pandemic and related lockdowns, long-term casual workers are now subject to this High Court decision which makes it significantly harder for them to argue that their employment has been misclassified as a casual engagement when in fact it should have been considered a permanent role.

Casual work should be characterised by its flexibility – however we know that for many casual workers, they are subject to pre-determined shifts and rosters with no genuine opportunity to turn down shifts without facing significant repercussions for this decision. As such, they should really be considered permanent workers, and receive the same entitlements as permanent workers.

In very real terms, what this means is that someone who has been working casually in the same role for the past ten years, doing the same shifts every week and being scheduled onto the roster months in advance, would have significant difficulty in succeeding in a claim for underpayments based on role misclassification in either of the federal courts or an eligible state court. From now on, millions of casuals will effectively lose their opportunity to make a claim for underpayments based on being misclassified as a casual worker. This could mean the loss of millions of dollars every year, straight out of the pockets of vulnerable casual workers.

This decision has significant implications for those working for labour hire companies, like Robert Rossato in this case who worked six consecutive contracts for almost four years, doing exactly the same job on an established shift schedule for the same company, though at different sites.

It also has implications for the tertiary and education sector, where casualisation of academic and support staff is increasing. John* has been a full-time casual lecturer for the last four years, teaching the same subjects with his contract renewed every three to four months with no access to paid leave and other entitlements.

And it has implications for hospitality and retail workers, many of whom are long-term casuals. Amira* was one of these people, who lost her regular 20 hours a week when the restaurant she was working at closed down permanently during the COVID pandemic. She was left to line up at Centrelink for the JobSeeker payment as she didn’t have leave entitlements and redundancy payouts to rely on.

John and Amira are not fictional case studies. They are real, and representative of the 2,301 casual workers who have called JobWatch since 2016 seeking legal information about how to pursue underpayments from employers.

Thousands of misclassified casual workers are going to be left worse off by this High Court decision, which is likely to also have far reaching effects on the wider relationship between employers and employees. This decision appears to disregard the imbalance of bargaining power between employers and employees and the reality of the employment relationship, providing employers with the means to limit an employee’s ability to exercise their workplace rights as they fear losing their job without reasonable means of recourse.

This blog is from an edited statement first published by Zana Bytheway, the Executive Director of JobWatch on 5 August 2021. Many thanks to Zana for permission to repost this statement.