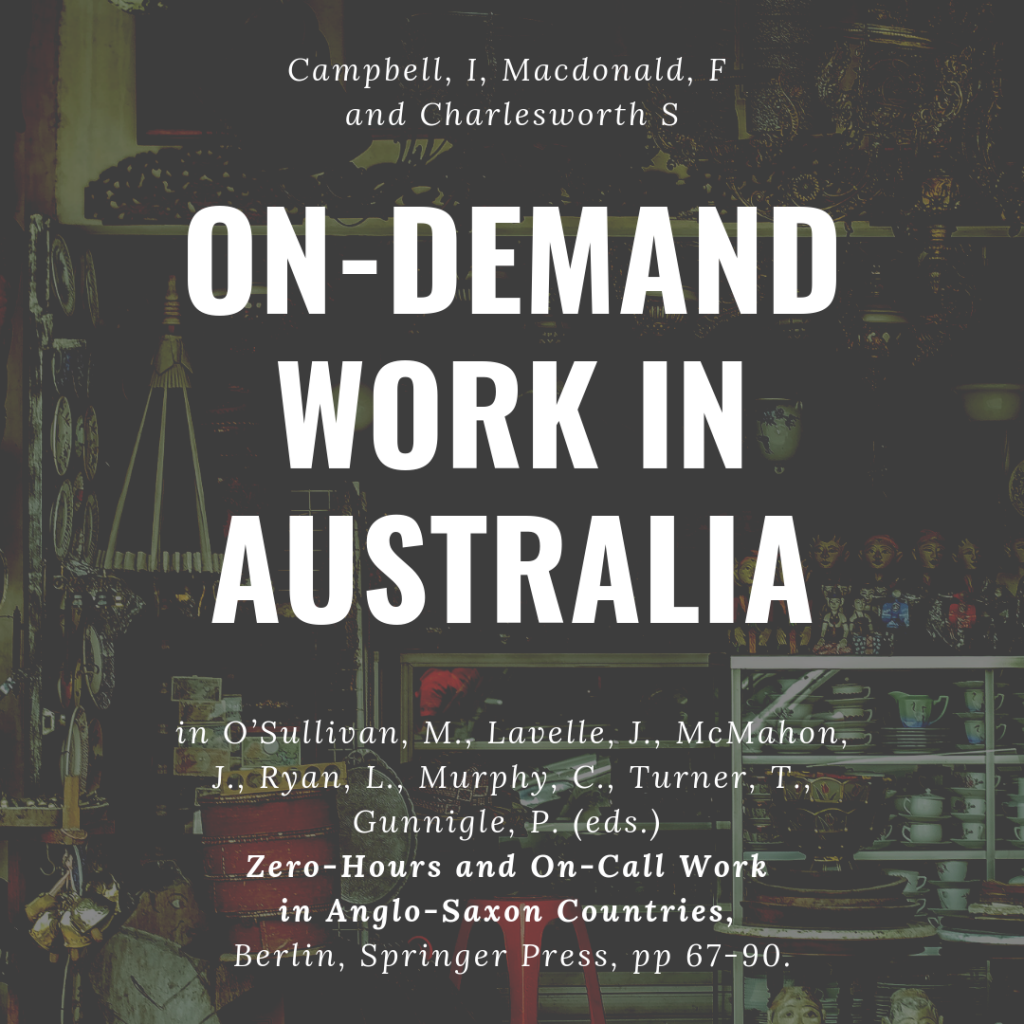 This chapter was also sent by CPOW affiliate Iain Campbell together with Fiona Macdonald and Sara Charlesworth as the basis of their joint submission to the Victorian Inquiry into the On-Demand Workforce.

We pointed that our understanding of ‘on-demand work’ is much broader than that used for the Inquiry, since it includes gig work using platform technologies as only one component. Nevertheless, we suggested that the chapter might be useful to the Inquiry in situating such gig work within a broader context of similar forms of work.

Specifically, it contributes to knowledge:

While ‘on-demand’ work in the gig economy has attracted a lot of attention the extent and scope of on-demand or ‘on-call’ work in Australia is much broader than just gig economy work.

On-demand work has been neglected in much employment relations research in Australia, but it embraces a substantial minority of the workforce and constitutes a significant challenge for research and policy.

The chapter outlines the emergence of on-demand work within regulatory gaps associated with casual work and permanent part-time work. It summarizes what is known about on-demand work and on-demand workers, drawing both on secondary labour force statistics and on case-study evidence in selected industries and enterprises. It concludes by noting the surprising lack of effective regulatory responses and by suggesting principles for future reform.

For more information on the chapter and book see here.

"Zero Hours and On-call Work in Anglo-Saxon Countries" on 'www.springer.com'
Back