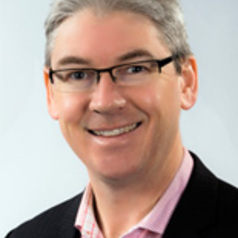 ‘The Spirit of Australia’, just not in a pandemic: Qantas plays hard-ball on workers’ rights

Nine years ago, Qantas CEO Alan Joyce made himself a household name by embarking on a high-risk strategy in an industrial dispute that involved grounding the airline’s fleet globally.

Faced with months of flight disruptions from stoppages by the TWU (covering baggage handlers and refuelers) and the ALAEA (covering aircraft engineers) – and lower-level protests by the pilots’ union – Joyce rolled the dice.

He grounded the fleet ahead of a proposed lockout of the employees covered by the three unions, in a move calculated to have the then-Labor Government force the dispute into the Fair Work Commission (FWC).

The gamble paid off. Qantas’ main focus in the three sets of agreement negotiations had been to resist union claims to limit the airline’s ability to outsource and offshore parts of its operations. The resolution of each dispute (one by agreement, the other two by arbitration) saw the airline come out on top.[1]

This hard-ball approach can also be seen in the way Joyce has positioned Qantas in its handling of labour relations in response to COVID-19.

Qantas was the first major employer to stand down large numbers of staff (20,000 on 19 March,[2] and another 5,000 in early May[3]), as government restrictions to contain the virus ruled out most domestic and international travel.

The airline then denied stood down employees access to sick leave, a position it has defended successfully in the Federal Court. It has also adopted a combative approach to other employment flare-ups, challenging the jurisdiction of the FWC to deal with stand downs of engineers and a JobKeeper dispute.

The decisions in each of these cases, which were handed down this week, will now be considered.

The interaction of the stand down provisions and personal leave provisions of the Fair Work Act is far from clear.

Qantas’ position is that there is no ‘work’ for employees who are subject to stand downs to be absent from. Therefore, there is no entitlement to paid sick leave under the Fair Work Act.

Flick J observed that the purpose of employer stand down powers is to provide financial relief from the obligation to pay wages (where there is no work through no fault of the employer), and to protect employees from consequences that otherwise follow from termination of their services. The purpose of personal leave (including sick leave) is ‘a form of income protection’. Flick J resolved the contest between these two conflicting purposes as follows:

[31] … at the very heart of the ultimate conclusion, namely that an employee cannot access such leave entitlements whilst stood down, is the determination that such leave entitlements are an entitlement on the part of the employee to take leave from otherwise performing the work they are required to perform. It is the very characterisation of the leave entitlement conferred by s 96 as a “form of income protection” which presupposes that an employee is in receipt of income. As Qantas has repeatedly submitted, and correctly so, “‘income’ is not being protected if there is no available or required work from which to derive income in the first place”.

[35] … If there is no work available to be performed by the employee, there is no income and no protection against that which has not been lost. Conversely, to expose the employer to a liability to pay leave entitlements after lawfully having invoked the power to stand down an employee would defeat one of the two principal purposes of standing the employee down – namely, to protect the employer against such claims.

So, one of the purposes of stand downs wins out (relieving the employer of the liability to pay wages). Ignored in this conclusion are: (i) the other purpose of stand downs (protecting employees from adverse consequences); (ii) whether the purpose of sick leave (income protection for the employee who is unwell) could still be served in a stand down situation, especially for employees on sick leave prior to being stood down or who have contracted COVID-19 by continuing to work prior to stand down; and (iii) the fact that (as I’ve argued in a previous post)[4] the true purpose of annual leave is not being fulfilled during stand down, yet it is accessible to stood down Qantas workers.

The airline’s power to stand down aircraft engineers was contested by the ALAEA. It argued that while the pandemic had significantly limited Qantas’ (and Jetstar’s) operations, the trigger requirement for stand downs of a ‘stoppage’ of work was not met as there was still a need for some level of aircraft maintenance. The union notified the FWC of disputes over this issue. Qantas then applied for an injunction to prevent the FWC from dealing with the matters.

In Qantas Airways Ltd v ALAEA [2020] FCA 682 (19 May 2020), Justice Katzmann of the Federal Court granted the injunction. Had the stand downs been implemented under section 524 of the Fair Work Act, the FWC’s jurisdiction to deal with the disputes would have been clear. However here, the stand downs occurred under the provisions of Qantas and Jetstar enterprise agreements covering the engineers. The airlines were therefore able to raise questions as to the union’s alleged non-compliance with all of the steps in the agreement dispute resolution procedures before heading to the FWC.

Katzmann J was satisfied that the airlines had an arguable case on this point, and found that the balance of convenience was also in their favour:

[80] While refusing the injunction poses no immediate threat of irreparable harm to the Airlines and granting it would cause some prejudice to the ALAEA and its members, and while the position in which the Airlines find themselves is largely of their own making, it seems to me that the Airlines do fall over the line.

[82] … if the proceeding in the Commission were allowed to take its course, considerable expense may be unnecessarily incurred. The jurisdictional question should be resolved first and it is preferable that it be determined finally by the Court.

The question remains, though: why was Qantas so opposed to having a central question in the COVID-19 employment debate – the legal basis for employer stand downs[5] ­– determined by the FWC? Or was this simply a tactical move, putting the union to the cost and delay of a Federal Court action in the hope it would back down?

Finally, Qantas had a loss this week (on the heels of its two wins). A stood down employee had notified the FWC of a dispute over the application of his JobKeeper payments. Essentially, it was a question about what constitutes a ‘JobKeeper fortnight’ for payment purposes under the relevant rules. The airline’s approach had left the employee (he claimed) with a shortfall of $852.30.

The FWC has jurisdiction over certain JobKeeper disputes under new Part 6-4C of the Fair Work Act. In the initial FWC proceedings, Qantas objected to the tribunal determining the matter, in part by arguing that it was essentially an underpayment claim. Deputy President Anderson ruled that this was not a matter that required the exercise of judicial power (as the airline had asserted), and that it fell within the FWC’s jurisdiction under Part 6-4C (which included disputes about whether an employer has met the ‘minimum payment guarantee obligation’ under JobKeeper).

In Qantas Airways Limited v Mazzitelli [2020] FWCFB 2628 (19 May 2020), a Full Bench of the FWC refused to grant the airline leave to appeal against the jurisdictional ruling:

[33] …  It is not in issue that the Commission may not, in dealing with a dispute, exercise the judicial power of the Commonwealth which, under Chapter III of the Australian Constitution, is conferred on courts established pursuant to that chapter. The Commission therefore cannot by arbitration determine whether Qantas has complied with s 789GD or s 789GDA, nor can it order Qantas to pay amounts to which Mr Mazzitelli claims to be legally entitled. However that does not exclude the possibility that the Commission may properly exercise its arbitral power under s 789GV(4) to deal with the dispute between Mr Mazzitelli and Qantas, even assuming the narrow characterisation of the dispute postulated by Qantas, having regard to the fact that s 789GV(4)(d) empowers the Commission to make any order it considers appropriate.

So, Qantas is arguing constitutional points in a less-than-$850 JobKeeper dispute. What is going on here? The pattern is clear from these three cases. It is part of an overall strategy which Joyce deployed successfully in the 2011 dispute. Go hard, don’t give an inch, spend a bucket on litigation if you have to … just win, no matter what the cost to workers who are also doing it tough in the midst of a pandemic.

[1] For a detailed account see Anthony Forsyth and Andrew Stewart, ‘Of ‘Kamikazes’ and ‘Mad Men’: The Fallout from the Qantas Industrial Dispute’ (2013) 36 Melbourne University Law Review 785.

[5] Katzmann J was alive to the broader implications of this case, at [98]: ‘The evidence indicates that the Airlines have stood down around 20,000 employees. Numerous other businesses have stood down employees in the wake of the current pandemic and the Government’s response to it. … The issues the ALAEA raises [about stand downs under the terms of enterprise agreements] also bear on the interpretation of [stand down powers under] s 524(1)(c) of the FW Act … . It is in the interests of justice that questions of such general and widespread application and importance be determined by a superior court and not left to private arbitration.’

Many thanks to Prof Anthony Forsyth for permission to repost his blog entry from COVID-19 & Work on the Labour Law Down Under website: https://labourlawdownunder.com.au/
(originally posted on 21st of May, 2020)